This user testing was very valuable because it helped me determine critical design and user interface decisions. The users mostly agreed on their opinions and some were a surprise to me. They also made suggestions and sparked ideas that I would never have thought of on my own. While it was daunting to conduct at first, they were all very interested in the process and excited to give their opinions. The users did not really care what the “cards” were called; they were fine bei 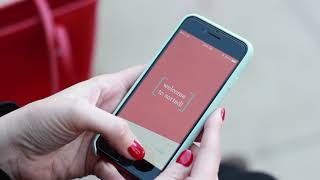 Getting the video together

Finalizing all the pieces

Making Progress on the app